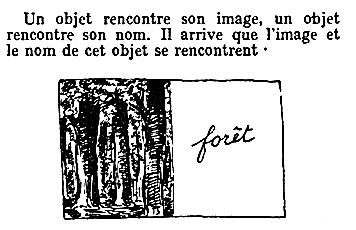 What is above all needed is to let the meaning choose the word, and not the other way about. In prose, the worst thing one can do with words is surrender to them. When you think of a concrete object, you think wordlessly, and then, if you want to describe the thing you have been visualizing you probably hunt about what until you find the exact words that seem to fit in.
George Orwell 1946 Politics and the English Language
Names matter
Archaeologists and museum curators focus first on what an archaeological object is, how it is used, and study its form and techniques of manufacture and decoration. Nevertheless the need to name things becomes pressing when archaeologists, historians, and museum curators must express and share information about the objects in the archaeological or the museological record. The need to use a name for cultural objects is always there, even if the textual sources are silent, or provide conflicting evidence, or even when they are absent. The question how this object was named in the time and cultural space to which the object belongs is often conflated with the question of how to name this object, when using language to communicate knowledge about these objects, e.g. in scientific presentations, or publications and in museum texts.
In the case of the cultures of ancient Greece and China the ancient texts offer an extraordinary wealth of terms designating material objects. On the other hand, lexicographic definitions of the terms designating the everyday objects of ancient Greece and China do not reflect the chronological and geographic span determining the production and consumption of these objects. Combine the data of the past (archaeological and textual) with the terms which name the artefacts in two cultures as different as ancient Greece and China is the aim of this project.